Most Recent Agenda | View All Agendas and Minutes 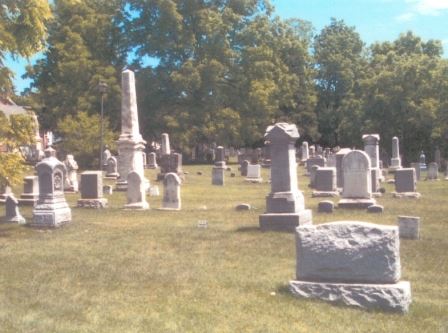 The Victor Village Cemetery is located behind the Methodist Church on East Main Street, in the village of Victor. This historic cemetery is the final resting place for Victor’s early settlers, residents, and veterans of the Revolutionary War, War of 1812, Civil War, and Mexican War. The earliest burial occurred in 1810 and internment continued until 1949.

On June 11, 2007, the Town of Victor formed the Victor Village Cemetery Committee. One week later, on June 18, the Village Board of Trustees also approved the establishment of this committee. The committee was charged with the preservation and restoration of this historic cemetery.

Since the earliest burial, that of William Loofborough, occurred in 1810, on May 22 of 2010, a bicentennial ceremony was held to commemorate 200 years of Victor history.

An updated searchable index of all known people buried in the cemetery is available along with the inscriptions on their gravestones.